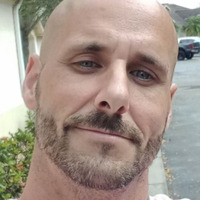 Jason was born on June 9, 1979 in Takoma Park, MD.  He graduated from the Maryland Military Youth Corps in 1997 and continued his education, becoming a skilled electrician and plumber.  Jason adored his dog, Blue and considered him a 5th child.  He was a fierce fan of the Washington Redskins, loved all genres of music, especially when live, he worked hard and played even harder!  Jason could light up a room with his gorgeous blue eyes and handsome smile, he was the life of every party.  He was extremely smart, funny and quick with his wit.  Jason was always encouraging and compassionate with people; he genuinely cared and wanted to help anyone in need.  Above all, Jason will be remembered for his big heart and the strength of his love for family, especially his children and his many friends.

The immediate family held a private viewing on June 21, 2022.  His children are planning a celebration of Jason’s life gathering in Maryland (details still pending).  His close friends in Wilmington, NC are also planning a life celebration (details unavailable). (Albert) Jason Hildreth was much loved and will be sorely missed by many.