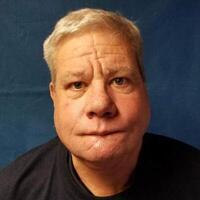 Anthony K. Mitchell age 58 died of a heart attack on December 24, 2021, in the Baltimore Washington Medical Center.  Anthony is survived by his wife Margo, daughter Kayla, daughter Brittany; his brother Bruce and his brother Randy; his father Alan Mitchell and 3 grandsons.

He is preceded in death by his mother Sharon Mitchell; and his sister Shelley.  Anthony was born on December 8, 1963 in Ankara Turkey, to parents Alan and Sharon Mitchell.  He graduated from Meade High School in 1982.  He served in the United States Army from 1982–1985.  He worked at the Odenton Fire Company as a fireman and EMT for almost 13 years.  Tony was a great family man and a loving father.  He married Margo Swisher on April 16, 1987 in Hanover, MD and the couple had 2 daughters together.

Tony was a social, active man who was deeply involved in transporting and caring for people in his various jobs he held over the years.  He was a die-hard Dallas Cowboy fan, and enjoyed watching the Oriole games as well as the Washington Capitals.  His family and friends will always remember him as a funny kind of guy that liked to tell jokes and play pranks on his family and friends.

A funeral is scheduled for Anthony on January 6, 2022 from 10-12 at Beall Funeral Home in Bowie, MD. Pastor Joe Kemper and Pastor Ronnie Cannon will officiate.  In lieu of flowers, donations can be made to the American Cancer Society.

To order memorial trees or send flowers to the family in memory of Anthony K. Mitchell, please visit our flower store.