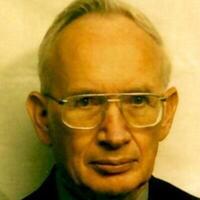 Carl Bower, of Bowie, MD passed away on March 21, 2021 after a short battle with Kidney cancer.   He is survived by his wife, Geraldine (Geri) of 61 years; children: Kelly of Virginia, Carl of Colorado, and Anna of Maryland, and five much loved grandchildren: Alex, Jack, Sabina, Alexandria, and Arissa; sisters, Caroline and Josephine of Oregon; numerous nieces, nephews, friends, and a loving church family. He was preceded in death by a son, Sergei; his parents, Carl and Elsie Bower, a niece Cathy Conant, and nephew Jesse Lafon. Carl was born and raised in Oregon, graduated in 1959 from Pleasant Hill High school, and served three years in the U.S. Army before receiving a B.S. and M.S. in meteorology from Oregon State University, where he served several years as a crew coach.  He lived in Oregon, Utah, and Illinois, before moving with family to Bowie, MD in 1983.  Carl enjoyed a long career as Meteorologist before retiring from NOAA’s National Weather Service in 2012, with over 40 years of Federal service. With his wife Geri he was an avid mountain climber of the West’s highest peaks.  A private memorial service will be held in his honor.

A private Service will be Live streamed from Largo Community Church on April 16 at 11am. www.largocc.org

To order memorial trees or send flowers to the family in memory of Carl Albert Bower, Jr., please visit our flower store.