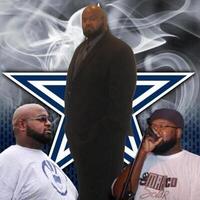 David Vernice Crisp, Jr., (49) of Glenarden Maryland passed away on February 15, 2022 from natural causes. He was born on June 23, 1972, to the late David V. Crisp, Sr. and late Mamie Lou Crisp at Washington Hospital Center for Women in Washington, D.C.  David was residing at the Clinton HealthCare Center where he was suddenly called home. David was also affectionately known as Chevy, Big Dave and Coach Dave.

David attended Prince George’s Public Schools and graduated from Duval High School in May 1990.  He continued his education at Prince George’s Community College.  At nine years old, he started working alongside his dad laying ceramic tile at D.V. Crisp and Son Ceramic Tile, a well-known reputable company throughout the Washington Metropolitan area.  He retired in 2018 when he became disabled.

David passionately loved playing and coaching football. During his high school career his team won a State Championship.  David began coaching football at an early age. He coached hundreds of kids in the Washington Metropolitan area.  Just to name a few of the organizations, he coached at Kentland, Glenarden, Landover Hills Boys and Girls Clubs, Prince George’s Public High Schools, District of Columbia Public High Schools, Archbishop Carroll High School, Bowie Broncos Youth Athletics, and the P.G. Chargers Youth Athletics Association also known as “Charger Nation”.  He helped lead many of his teams to District, Regional and National Championships.  He spent countless hours coaching the kids at the highest level, mentoring them and making sure they had a ride to and from practice. It was the norm to see Coach Dave driving players around in the back of his truck. Many of the young boys Dave coached went on to play on the collegiate level and in the National Football League (NFL).  David was a football enthusiast.  Everyone knew that he was a huge fan of the Dallas Cowboys and the Florida State football teams.

David loved music.  He enjoyed singing and playing congo in several local bands around town.  He loved listening to Go-Go, Neo soul, R&B, and Gospel, and was known to go live on Facebook sharing his love for music.  He was an avid online video gamer, especially playing Madden football.  He also liked watching T.V. and bringing the New Year in bowling.  He was a dog lover.

David loved and enjoyed spending time with his family. He was especially proud of his four (4) beautiful daughters.  He always bragged about their achievements and successes.  David desires were that each one of them prosper and live out the purpose and plan God has for their lives.  He also had many spiritual sons that he adored.  David was the only child but he considered all his 1st cousins as brothers and sisters and 2nd cousins as nieces and nephews.  He loved dearly his family and made sure he stayed connected to them no matter what.  He was the family jokester who loved laughing, joking around, having fun and impersonating people. His personality would have you laughing for days. He had a big personality that could captivate the attention of everyone in the room. Dave was a big teddy bear. His greatest accomplishment in life was accepting Jesus Christ as his Lord and Savior.  Through all his sickness, he praised God!  He always believed that God was going to heal him. Now there is no more pain. He is walking around in heaven with no more sickness probably trying to start a Go - Go band and a football team.

[David, Chevy, Big Dave, Coach Dave] was genuinely loved and will be missed by many!

To order memorial trees or send flowers to the family in memory of David V. Crisp, Jr., please visit our flower store.