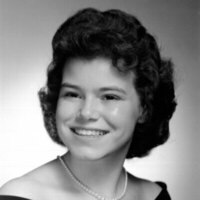 Diane Shirley Gardiner, born May 21,1943 in Washington D.C.. Beloved wife of George Edward Gardiner Jr.,for 58 years.
Diane is survived by her husband Eddie Gardiner of Melbourne Fla. , her son Robert Edward Gardiner, Grandson's Robert Edward Gardiner jr., Daryl Glenn Gardiner, and two great grandchildren. She was proceeded in death by her parents, Emilio and Victoria Varron.
The visitation will be held at The Crofton Baptist Church, 1690 Crofton Pkwy, Crofton Md. at 11:00AM followed by the service at 12:00PM.
Burial will take place at Fort Lincoln Cemetery following the service.

To order memorial trees or send flowers to the family in memory of Diane Shirley Gardiner, please visit our flower store.