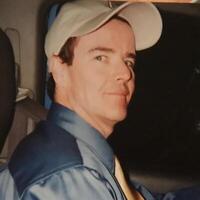 Please find the program for this Celebration of Life in the "Photo Albumn" section.

Steve is survived by his beloved son, Ryan Cafferty of Rockville, Maryland, his beloved daughter, Caroline Cafferty of Washington, DC, and the mother of his children, Lisa Cafferty of Germantown, Maryland.  Steve leaves behind his loving family members including his mother, Dorothy Freed of Bowie, Maryland, and his eight sisters; Bonnie O’Neill and her husband John, of Vero Beach, Florida; Sharon Freed of Glenn Dale, Maryland; Janice Bernsen of Palm Beach Gardens, Florida; Deborah Freed of Austin, Texas; Pamela Egan and her husband Joseph, of Palm Beach Gardens, Florida; Marilyn Allen of Mount Pleasant, South Carolina; Jennifer Burns of Middletown, Maryland and Jacqueline Proctor and her husband Stanley of Edgewater, Maryland.  Steve also leaves behind two brothers, Bernard Freed and his wife Joann of Chevy Chase, Maryland, and Thomas Freed and his wife Debbie of Lothian, Maryland.  Steve also leaves behind two grandchildren and numerous nieces, nephews, aunts, uncles, cousins, and close friends.  Steve was preceded in death by his beloved brother John, his beloved nephew Connor, and his beloved father Bernard, for whom he cared for during the many months of his illness.

Born in Providence, Rhode Island, Steve, the most welcomed son of Bernard and Dorothy (nee Mullooly), spent his early childhood years in Warwick, Rhode Island.  In 1960, Steve traveled with his family to the island of Okinawa, in the Ryukyu Islands, where his father had accepted a government position.  In late 1963 the family returned to Foxhill Lane in Bowie, Maryland.  Steve graduated from St. Pius X School in 1969.

After Steve graduated from Bowie High School in 1973, he entered the U.S. Navy in November of that same year.  Steve completed his basic training at Camp Lejeune, North Carolina.  During his four years in the Navy, Steve traveled to many ports in the Mediterranean Sea and attained the rank of Navy Hospital Corpsman Third Class.  In 1977 Steve received the Department of the Navy “Good Conduct Award” for his service. During his time in the Navy, Steve’s interest in the field of medicine developed and following his discharge he continued to pursue his education in the medical field, first at Montgomery College and then at the University of Maryland where he obtained his B.S. degree in 1982.

In 1987 Steve received his medical degree from West Virginia School of Osteopathic Medicine, Lewisburg, West Virginia. In 1990 he graduated from the Georgetown University Family Practice Residency Program.  At Georgetown University Steve received the “Fort Lincoln Family Medicine Center Award”, and was named “Resident of the Year” for his outstanding work. For over twenty-five years Steve worked as a physician in the Maryland area, both in private practice and for the Veterans Home in Charlotte.  Steve admired the veteran’s service and was always ready to listen to war stories at their bedside.  In 2015 Steve left Maryland for the Seattle area and settled in Ocean Shores, Washington.  It was here he fulfilled his passion for helping people by attending to the medical needs of the people of the Quinault Native American Tribe. Steve lovingly cared for many, many patients during his years as a physician.  He was also the “go to” family doctor; whether it was a swift whack on the back for a choking nephew, a much needed B-12 shot for an aging Mother, or a precise diagnosis for an ailing sister, Steve was always there to help those in need.

Steve had so many interests.  He loved the water and especially enjoyed boating and fishing.  During the many hours he spent behind his home at Foxhill Lake he taught his nephews how to bait a hook and catch a fish.  Steve also enjoyed his free time working on his sailboat.

Steve was an avid painter.   His love of landscapes, including scenes from his many trips to Ireland and picturesque locations from his water view home in Ocean Shores, Washington, could be evidenced in the multitude of his watercolor and oil paintings  viewed all over his childhood home in Bowie.

Steve loved listening to music and playing the guitar.  A few of his favorites included the songs of James Taylor, Van Morrison, Eagles, Jethro Tull and Santana.  During a family gathering Steve would always be found playing his guitar as one by one the family members circled around him.

Steve also loved to cook and he was always able to create delicious meals for all to enjoy.  He especially enjoyed making all the Italian specialties from homemade pizza, to linguine and clam sauce, to his special “Daddy Goulash”.

Steve was a humble, kind, and loving human being.   He was never one to stir up arguments for his own gain or fight anger with anger.  Instead he believed, “a gentle, patient tongue was like water to a flame”.  Steve’s quiet and gentle spirit will be deeply missed by all who knew him.

Beall Funeral Home in Bowie, Maryland, will be in charge of the arrangements.  A Celebration of Life Funeral Mass will be held on Thursday, April 8th 2021 at 12 noon at Saint Pius X Church, Annapolis Road, Bowie, Maryland.   One hour prior to the funeral service a family visitation period will take place in the vestibule of the Saint Pius X Church.  Following the funeral service a motorcade will proceed to Clinton, Maryland, where Stephen will be laid to rest next to his brother John and father Bernard at the Resurrection Cemetery.

Due to COVID 19 restrictions the funeral service will also be streamed live at the given times.

To order memorial trees or send flowers to the family in memory of Dr. Stephen Patrick Cafferty-Freed, please visit our flower store.