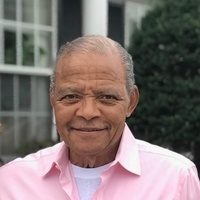 Edward Scottie Abrams was born November 12, 1941 in Rutherford County, NC to the late Robert and Ada (Burgin) Abrams.  He departed this life on March 7, 2021 at his home.  Affectionately known by many names: Ed, Eddie, Dad, Daddy, Papa, Mr. Abrams and our beloved Scottie.

Scottie was united in holy matrimony to Ruby Weir in 1971 in the state of New York.  To this union two sons and one daughter were born: Edward S. Jr.; Lisa M., and Steven M.

Scottie graduated from Carver High School in Spindale, N.C. in 1959.  He entered the Army in 1964, where he served as a paratrooper in the 82nd Airborne Division.  He was awarded the United States Army Combat Infantryman Badge for his service.  After serving his country, he was honorably discharged from the Army in 1966.  Scottie lived for many years throughout New York City in Harlem, the Bronx and finally purchasing his home with Ruby in Queens, N.Y. He worked for many companies as a truck driver driving 18-wheel tractor-trailers.  He retired many times over, but still loved to work.  He later moved to Bowie, MD and was still driving his big rig tractor-trailers until February 2020.

Scottie was a loving and caring person, not only to his family, but to all who knew him.

He was preceded in death by his parents, Robert and Ada Abrams, his brothers Eugene, Bobby Gene, James Terry, and his sister Gerelene.

To order memorial trees or send flowers to the family in memory of Edward Scottie Abrams, please visit our flower store.