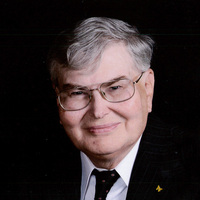 Gary was born on March 22, 1949. From an early age, Gary was interested in so many things, he loved his dog Spotty, collecting fossils like shark teeth, flying, science, history, computers and meeting and talking with people. It took a while for Gary to warm up to his middle name Francis, though he was delighted when he learned he was named after his Grandfather Francis Newport Valler, an Australian war hero.  He enjoyed accompanying his parents and siblings to live in far-flung places like Australia, Germany and Libya. Gary was creative, extremely intelligent and a people person—a rare combination. He patiently and kindly taught his little sister how to tie her shoes by caringly demonstrating and coaching her many times. He was a loving husband and a wonderful father who loved Heather and Steven very much. He enjoyed taking the children to Allen’s Pond in Bowie, Maryland and casting a line and teaching them to fish. Gary made a small wooden prop plane for his children to pedal and “fly” up and down the sidewalk. He adored them and was very proud of their graduations and many successes.

He dreamed of having a long career in the Air Force like his father CWO4 Bernard R. Lemaire, but that dream was cut short during Air Force basic training due to health issues. He idolized his younger brother an Air Force U2 pilot, through whom Gary lived his Air Force dream. Gary’s interest in flying continued and he proudly earned his private pilot’s license. He also became an avid WWII military history expert - he revered our men and women in the service of our country and would weep at poignant points in historical military movies and books and when retelling historic events where service members made the ultimate sacrifice.

Having graduated from the University of Maryland, Gary pioneered computer science analysis while employed with the Departments of Treasury and Commerce. While working at the Department of Commerce, he was awarded for his bravery and quick thinking in ushering others out of a burning building and going back in to save vital computer records and equipment. In retirement, he enjoyed travelling, reading and researching military history, and spending time with family.

He will be greatly missed by family and friends.

To order memorial trees or send flowers to the family in memory of Gary Lemaire, please visit our flower store.