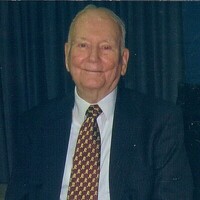 All services are private

Mr. Herbert Raymond Wrobel, also known to people as Herb, died peacefully in his son’s home on March 29, 2021 in Gambrills, Maryland at the age of 94.

Herbert was born on November 20, 1926 in Washington D.C. to Rudolph Joseph Wrobel and Karoline Wiebel Wrobel. He graduated from Central High School in 1944. He served in the US Army in World War II and later received an honorable discharge. He obtained a degree from Benjamin Franklin University, and began his career in the Government and worked his way up to become a Section Chief for the Internal Revenue Service.

While working for the IRS he met his beautiful wife, Patricia Ann Rinehart and they married on September 3, 1949. They moved from Washington D.C. to Baltimore Maryland, where they purchased their first home. They had their first child, a daughter, in 1954. Then they moved to Silver Spring Maryland in 1956 where they purchased their second home. They had their second child, a son in 1962.

Herbert’s passion was golfing, so after he retired from the IRS he got a job working at Congressional Country Club and then later at Argyle Country Club where he could reap the benefits of golfing when he wasn’t working. When he wasn’t golfing, he loved going to sporting events. His favorite football team was the Washington Redskins and his favorite baseball team was the Baltimore Oriole’s. He also enjoyed bowling every week on the Saint Bernadette’s Men’s Bowling League.

Herbert loved God, he cherished his family, and loved life. He was an active member of the American Legion and was a dedicated member of Grace Baptist Church in Bowie, Maryland.

In lieu of flowers, donations can be made in memory of Herbert Raymond Wrobel to the Hospice of the Chesapeake www.hospicechesapeake.org

To order memorial trees or send flowers to the family in memory of Herbert Raymond Wrobel, please visit our flower store.