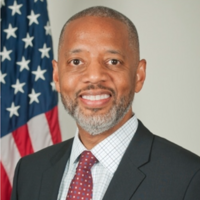 Lt. Col. Darby had a highly revered 22-year career in the United States Air Force. During his military career, he was a Navigator and Instructor Navigator on the KC-135, an Instructor at the Navigator School, and a Curriculum Writer for both Navigator School and Pilot Training. His flying career included 2,400 flying hours in the T-37, T-43, KC-135, An126, and Tu 154. Additionally, he served with the Defense Threat Reduction Agency and worked with both the Treaty on Open Skies and the START Treaty. After retiring from the United States Air Force, Lt. Col. Darby furthered his career by working with the National Guard Bureau and most recently served as a Director for the Commander’s Action Group.

Robby married the love of his life, Caroline Darby (Harmon), in 2005. The two spent 22 years together traveling worldwide searching for exceptional calamari, cheering on the Dallas Cowboys, tasting exquisite foods, and spending time with friends and family.

As a man of many hobbies, Robby can be described as an avid reader, runner, wine enthusiast, music lover, phenomenal cook, and foodie. In 2004, he was the most sharply dressed man at a 1970s themed birthday party, arriving in a lime green leisure suit and white platform shoes.  He cared deeply for his friends and family who enjoyed his courage, dependability, willingness to help others, compassion, quick wit, and expert hair styling techniques. Robby is best remembered by his determination, which is represented in his favorite phrase “Invictus,” meaning unconquerable.

In lieu of flowers, donations may be made to the Multiple Myeloma Research Foundation at www.themmrf.org and the National Scleroderma Association at www.scleroderma.org.

To order memorial trees or send flowers to the family in memory of James Robert Darby, III, please visit our flower store.

All services are Private.