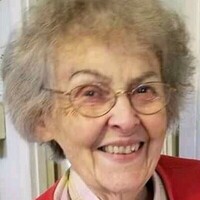 Born on April 29, 1936, Margaret was preceded in death by her devoted husband of 57 years, David Youngdahl McManis, who died on May 17, 2016.  She is survived by her three loving daughters and their families:  Carolyn McManis, husband Tom Getman, and son Sean Getman; Susan McManis, daughters Rebecca and Rachel Bredt and son Jeremy Bredt, and Jennifer McManis, husband Liam Murphy, daughter Catherine Murphy and sons Michael and Matthew Murphy.  In later years, she was lovingly attended by her fiancé and constant companion Michael Woods.

Raised in Napa Valley, California, Margaret graduated from the University of California at Berkeley with a degree in English.  Margaret enjoyed horseback riding in her youth, watching birds, and seeing deer frolicking in her backyard.  She was an avid reader who passed on her love of books to her daughters with weekly trips to the library.  She was also a keen lover of cats, adopting numerous feline friends over the years, including many strays.

She will be missed.

To order memorial trees or send flowers to the family in memory of Margaret Anne McManis, please visit our flower store.