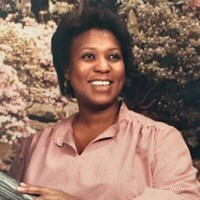 Margy M. Ward Goodwin (76), daughter of Woody Ward Sr. and Genevieve E. Ward was born on June 23, 1944 in Washington, Pennsylvania, the third out of six children.  Margy was called home to rest on Friday, March 12, 2021 at University of Maryland Baltimore Washington Medical Center in Glen Burnie, Maryland.  She passed away peacefully, surrounded by her loving family.  Margy accepted Jesus Christ as her Saviour and was baptized at the Refreshing Spring Church of God in Christ in Riverdale, Maryland.

Margy graduated from Trinity High School in Washington County Pennsylvania in 1962.  She also earned her business certificate from Fleet Business School in Annapolis, Maryland.  It is here that she developed her passion for interior design which was displayed prominently in her home.  She married Arlandon James Goodwin on August 18, 1976 and they were pleased to have had a strong and loving union of 44 years.  She retired after many years of service as a data analyst from the Goddard Space Flight Center in Greenbelt, Maryland.

She is preceded in death by her father and mother, Woody and Genevieve, her brothers Woody (Bubby) and William Ward, her brother-in-law, Nathaniel Alexander, two nieces, Sonja and Michelle and her grandson, Julian.

“Do not let your hearts be troubled. You believe in God; believe also in me.

My Father’s house has many rooms; if that were not so,

would I have told you that I am going there to prepare a place for you?

And if I go and prepare a place for you,

I will come back and take you to be with me that you also may be where I am.

To order memorial trees or send flowers to the family in memory of Margy M. Goodwin, please visit our flower store.