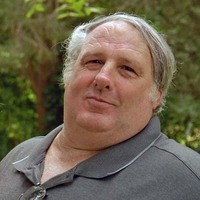 Michael married his wife Lillian Esther Bostic on November 30, 1979 in Upper Marlboro, MD. He graduated from Bladensburg High School, class of 1974.  After graduating he went on to obtain his D.C. Steam Engineers, Class 3 license in November 1977.  He also held a DLLR Board of Stationary Engineers 01- First Grade Engineer and State Board of HVACR 09-Journeyman Licenses.  During his job career as an engineer, he worked at the National Press Building (with his dad), In Nov 1976 he worked at the Safeway Distribution Center in Landover, MD up until he retired in Nov 2005 after 29 years of employment. He continued his career and worked for EMCOR Government Services, Inc., where he worked at the Holocaust Memorial Museum and then the Dept. of Health and Human Services (Humphrey Building) in the District of Columbia. Michael was a member of the International Union of Operating Engineers Local 99 for many years.  He retired in July 2016 after over 40 years of work.

A viewing will be available to friends and family at Beall Funeral Home, Bowie, MD on Thursday, June 24, 2021 between the hours of 11 a.m. and 1 p.m. and a memorial service will begin at 1 p.m. Cremation will take place at a later date.

To order memorial trees or send flowers to the family in memory of Michael Charles Spence, please visit our flower store.