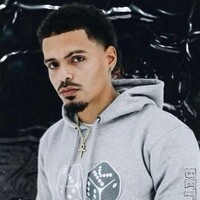 Nathaniel Hampton III was born in Washington, D.C., on August 17th, 1997, to April Nicole Proctor (Broadus) and Nathaniel Hampton Jr.  On February 2nd, 2022, Nathaniel tragically departed this life at the young age of 24.

Nathaniel, known as Nate by family, HP3 by teammates, and Beezzy by friends, grew up and attended schools in Prince George's and Anne Arundel Counties.  He excelled academically and soared in multiple sports (football, basketball, and track).  His first love of playing football started in 2007 when his undefeated North Michigan Park team played in the East Coast championship game in Toms River, NJ.  Nate's basketball career started in middle school with the Gambrills-Odenton Recreation Council (GORC), where his father was one of his coaches.  During Nate’s junior year in high school his basketball team went on to win the state championship game.

Nate was recruited by Penn State and other major colleges and universities for his athleticism on the football field.  Upon his graduation from high school, Nate III attended Delaware Tech College and West Virginia State University, where he earned a full scholarship for his academic and athletic prowess.  Whether it was green grass or backboard glass, Nate was a dynamic player who made a name for himself on and off the football fields and basketball courts.  He was so excited to be invited to be the wide receivers coach at his alma mater, Wise High School.  When Nate was not in school, he worked with his father and grandfather in the family business.  He was a great worker and showed an eagerness to learn all aspects of the business and to carry on the family business legacy.

Nate also enjoyed traveling and he visited many states and cities in the United States and other countries.  He often shared his travels on his social media channels.  Nate was, and will forever be, known for his distinguished presence, infectious smile, gentle-spiritedness, positive nature, encouraging heart, and his genuine love for others.  Nate was a truly remarkable individual, and his memory will live forever in those who knew him.

To order memorial trees or send flowers to the family in memory of Nathaniel Hampton, III, please visit our flower store.