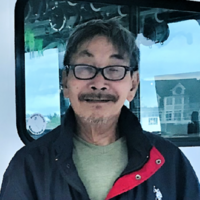 Early Friday morning, July 16, 2021, Nguyen Van Phuoc, loving husband, father of three, and grandfather of seven passed away peacefully in his home with his family by his side.

Phuoc was born on July 12, 1952 in Vietnam to parents, Nguyen Van Nam (Father) and Le Thi Thanh (Mother).  He raised one son, Thai and two daughters, Kim and Judy.

The fighter in him never gave up.  He fought and survived the Vietnam War fighting against the communist.  Risking his life and his family’s, together, without speaking the American language, they escaped Vietnam in 1979 in hopes of having a chance at a better life in America.  Through all the dangers and treacherous circumstances the family made it to the Thailand Refugee Camp and continued their journey to America where they made Maryland their home.  Living the American dream of life in the USA, he had the opportunity to train and build a life for him and his family through maintenance and carpentry careers.

Phuoc’s joys of life were spending time with his family,  fishing, watching the news, the weather channel and of course, his all time favorite, “Cai Luong” (Vietnamese Modern Folk Opera).  He was such a people person. He was always the star of the show.  Greeting everyone with his contagious smile and striking up conversations on any subject, he always had stories to tell to anyone who would listen.

Mr. Nguyen was preceded in death by his mother, Thanh and father, Nam.  He is survived by his wife of forty six years, KimChi, his children, Thai, Kim and Judy, his grandchildren, William, Cara, Haley, Mikah, Elijah, Brandon and Adam.  He is also survived by his younger sister, Nguyen Thi Lien and younger brother, Nguyen Van Lanh and two other half siblings.

It gives the family solace that although he is gone from this world he is watching over us.  May he rest in heavenly peace.

To order memorial trees or send flowers to the family in memory of Phuoc Nguyen, please visit our flower store.

Location To Be Announced At The Service