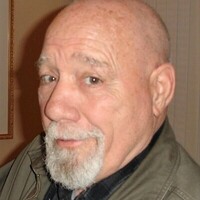 Robert Tower Norris, 76 of Bowie, Maryland died on May 28th, 2022 at Anne Arundel Medical Center after complications from a stroke. He went peacefully surrounded by his family.

He is survived by his wife of 37 years Linda Ellen McKisson Norris. He was born in Cheverly, MD on August 21st, 1945. He graduated from Bladensburg High School in 1964. He worked at Xerox as a technician for over 30 years. He served in the Coast Guard Reserves from 1966-1972. He later started his own vending company and worked there until very recently. He loved the water, fishing, his boat and the beach house in Delaware where he would hang out with his children, grandchildren and siblings.

He is survived by his four children Brian, Katie, Christy and Chris along with their spouses; his 12 grandchildren Josie, Julia, Hanna, Kye, Max, Ava, Sam, Alex, Tower, Natalie, Damon and Jaxson; and sister Jackie. He was predeceased by his parents Charles and Evelyn Norris, brother Eddie, and sisters Lila, June and Dora Lee.

Donations may be made, in Robert’s name to the American Heart Association: https://www.heart.org/?form=FUNELYZXFBW&s_src=22U5W1AEMG&s_subsrc=evg_sem&gclid=EAIaIQobChMI-orttoWN-AIVfAGzAB1ZWAoGEAAYASAAEgIYqvD_BwE&gclsrc=aw.ds

To order memorial trees or send flowers to the family in memory of Robert Norris, please visit our flower store.