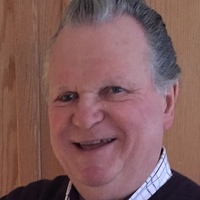 Russell T. Morgan, Jr., 79, of Crofton, MD passed away suddenly on December 27, 2021. The loss was completely unexpected, leaving family and friends shocked and deeply saddened. He will be truly missed in so many ways.

Russell was born January 30,  1942 to Russell, Sr., and Margaret (Kopp) in Baltimore, Md. He grew up in the Highlandtown area.  He soon discovered he had a passion for drawing.  After high school, he turned that passion into a career as an architectural draftsman. He also took the time to teach drafting at the local community college. He eventually became an acclaimed department head for the City of Annapolis, where his unparalleled work ethic brought back respect for the city building codes, which is why we continue to see those beautiful structures standing safe and sound there today. He retired from the City in 2003 and concluded his career as a commercial realtor for Long and Foster, before recently retiring.

In 1959, he married his beloved, Laverne, and they spent 62 wonderful years together, before she passed recently on September 10, 2021, from complications of Parkinson’s Disease. He was her full-time caregiver during her time with the disease, seeing to her needs every day.  His heart was broken after the passing of his sweetheart.

In his spare time, he took up papercutting, obtaining his crafting license, setting up his own booth at many statewide craft shows where he displayed his wares for many to admire.   He enjoyed watching

football and boxing, working in his yard, on the home, and he loved his birds and squirrels, and nature in general. Never a day passed where he didn’t take care of them with special treats, including the neighborhood dogs where he always had a cookie in his pocket ready to hand out.

Russell loved and cared deeply about his family very much.  Most of all he enjoyed those family gatherings, which is no surprise as he had a kind and generous nature.  He was a giving and honest man, and his friendly banter made him popular with just about everyone he met throughout his life.

Russell is survived by his son Russell III, and wife Debbie of Lusby, MD, daughter Sheila Smith and husband Jeffrey of Westminster, MD, brother Gene and his wife, Julie, sister Diane Mazson, and step-brother Al and his wife, Karen, step-sister Sug Ward, and several nieces, nephews, and others who were extended family, especially John Clarke,  a trusted and salt-of-the-earth friend.

Russ and Laverne had close, life-long friendships throughout their marriage who all meant so much to both of them and are remembered.  Their Crofton neighbors touched their lives with joy and friendship, and their constant concern and support during difficult times was unwavering.  To his Crofton Long and Foster friends, Russ loved working, and getting dressed up in his coat and tie and going to the office to see and talk to each and every one of you.  He never wanted to miss a day.

It is worth saying again and again…he is and will be dearly missed.

To order memorial trees or send flowers to the family in memory of Russell T. Morgan, Jr., please visit our flower store.