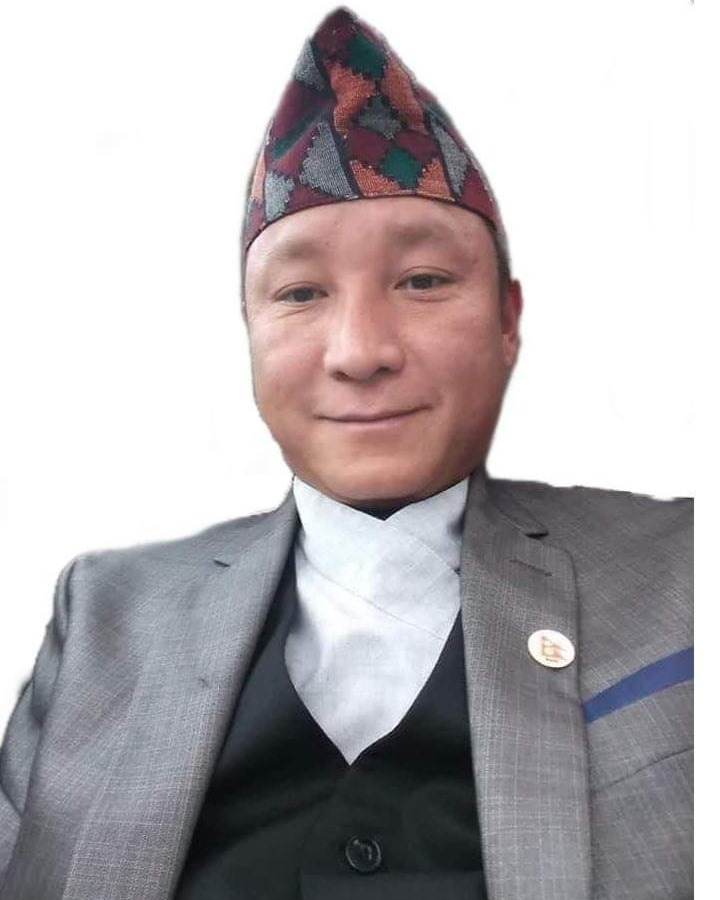 Please click here to view the Live Stream of the Funeral Service for Santosh Serpa.

Santosh Serpa, aka. Pemba,/Happy, loving husband, father, and friend died unexpectedly, on November 29, 2022, at the age of 45 in his Baltimore, MD, home.

Pemba was born in Nepal on September 29, 1977, to Sonam Sherpa and his late mother, Fupu Lamu. He was one of two children who was preceded in death by his older brother Tsetan Sherpa.

Pemba, or Happy, as he was affectionately known by his family, close friends, and coworkers, a devoted Buddhist practitioner, immigrated to the US, where he later met and married Bertha Berrios on November 29, 2011. And together, they had a daughter Sofia Sherpa (10yrs old), his joy. He was a doting father yet uncompromising regarding Sofia’s education and ensuring that she learned the Nepali languages, culture, customs, and traditions.

Pemba loved cooking Nepali and Bhutanese food, so naturally, he made his living as a sushi chef. However, his love of cooking went beyond earning a living as he enjoyed having his home filled with family and friends whom he would cook for and serve for countless hours. Additionally, he loved listening to Nepali and Tibetan music, had a great sense of humor, and enjoyed joshing and joking around with everyone he knew. We will truly miss him and the love, joy, and comfort he provided to all who knew him well.

Pemba is survived by his wife, Bertha Berrios, his daughter Sofia, the United Himalayan Shechen Followers NY Inc., and his beloved sisters/cousins Lakpa Sherpa, Phurba Sherpa, Santosh Sherpa, and a host of other relatives and friends.

A public funeral service will be held on December 11, 2022, at Beall Funeral Home in Bowie, MD. Visitation and ceremony will take place from 11-3 pm, followed by the cremation.

In lieu of floral arrangements, the Sherpa family would be honored to receive donations for Sofia’s college fund. If you wish to send a donation to Sofia’s college fund, checks may be payable to Sofia Sherpa and sent directly to: 3118 Howard Park Avenue Baltimore, MD 21207

To order memorial trees or send flowers to the family in memory of Santosh "Pemba" "Happy" Serpa, please visit our flower store.