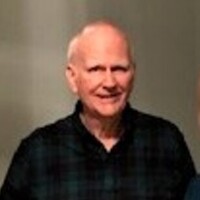 Terence Hughes, of Gambrills, Maryland, passed away peacefully at his home on March 16, 2022. Survived by his wife, Mary Ellen Hughes, son Stephen T. Hughes,  and daughter Suzanne Hughes Baker, his family was his greatest joy, and his love and generosity of spirit showed itself with them to the end.

Born in 1941 to James Hughes and Mary C. Hughes, Terry was raised in Philadelphia and New Jersey. He received a BSEE from Villanova University, and earned an MS in Engineering from Johns Hopkins University. He worked at the National Security Agency from 1963 to 1996.

Besides engineering, Terry loved working with his hands, having manually built the house in which he and his family lived, and had been active with various projects on it until his illness struck. He enjoyed travel, particularly any that focused on the architecture and background of historical sites and/or concerning the country of his ancestors, Ireland.

Though a man who avoided the spotlight, Terry made many long-time friends, largely due to his good nature and dry wit but also because of his readiness to help or guide anyone who needed it. His patience and humor never left him and will likely be what is most remembered about him. Growing up as one of nine children, Terry cared deeply about his large extended family, which included those he grew close to by marriage.

In lieu of flowers, contributions are suggested for Hospice of the Chesapeake https://www.hospicechesapeake.org/giving/  or Villanova University https://www1.villanova.edu/university/give.html

To order memorial trees or send flowers to the family in memory of Terence Hughes, please visit our flower store.