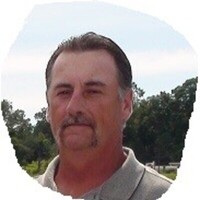 Growing up in Prince George’s County, Billy loved sports and in his early years played baseball for Silver Hill and Football for College Park.  He graduated in 1975 from Parkdale Senior High School.

Billy procured a job at the Potomac Electric Power Company as a Turbine Mechanic at the age of 18.  After several acquisitions beginning with Southern Company, Mirant, Gen On, and NRG, the company’s responsibilities were returned back to Gen On where he retired in June of 2021 after 45 years.

Billy was a Volunteer Fireman with the West Lanham Hills Volunteer Fire Department, Engine Company 48, receiving many accolades and rewards for his years of dedicated service.  It was here that he obtained the nickname ‘Billy White Shoes’ or ‘White Shoes’ or just plain ‘Shoes’ of which a lot of his friends still call him today.

In February of 1982, Billy began dating Sharon Harding and fell in love.  Billy and Sharon were married on March 21, 1987.  They lived in Lanham, Maryland until they moved to Bowie, Maryland in September of 1989 with their son Robert. In 1994 they had their daughter Aryn.

Billy was an extremely loving husband and excellent father.  His main goal in life was to provide for his family, giving them never ending love and support.  Before Aryn was born, he loved to attend NASCAR races.  He loved to attend Maryland football games with his buddy Johnny and gang.  He loved to play and watch golf, feeding the birds and SQUIRRELS in the back yard, taking trips to Ocean City to park his behind on the beach and hanging at the “BULL”, and eating bologna and cheese sandwiches. During the last four years he developed another passion – attending the Washington Capitals Hockey games.

Billy Johnston was an exceptional person.  He was extremely honest and to the point, cared a lot for his friends and could always be counted on by anyone.  He was such a good listener and extremely intelligent.  He enjoyed keeping up with what was going on in the world and acquired an affection for streaming through facebook.

He will truly be missed but will permanently stay in the hearts of all who love him.

To order memorial trees or send flowers to the family in memory of William L. Johnston, please visit our flower store.